What Is Blockchain Gaming? Is It The Next Big Thing? 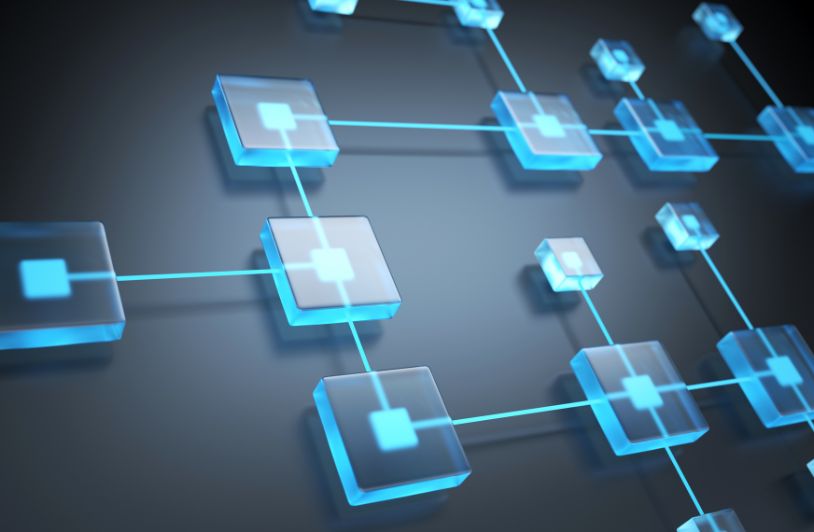 The year 2021 may go down in history as the turning point for blockchain-based gaming. In the past year, concepts such as play-to-earn took centerstage in their rise to prominence. Blockchain games have added a decentralised twist to the foundation of traditional games.

The advancements in the gaming industry are pretty fascinating, and players earn money by playing games. Due to blockchain’s ownership, transparency, and security features, blockchain-powered gaming is the next big thing. However, what is blockchain-based gaming? How do these games differ from traditional ones? Let’s explore all of these questions.

What are Blockchain Games?

Due to the centralization of most gaming platforms, players can only use their in-game currency or XP in one game at a time. However, blockchain games use decentralized models, allowing players to control and utilize their game data in other blockchain games.

For example, if a player is gaining XP and weaponry in one blockchain game, they may choose to transfer their gains to another game when they log out. They could also trade or sell them with other players. Using the same blockchain technology that powers cryptocurrencies like Bitcoin, actual item ownership is utilized in blockchain-powered gaming.

This invention is revolutionary for gamers who previously accepted the permanence of their in-game assets. Typically, players are accustomed to walled gardens that restrict the free movement of assets. As the economic aspects of blockchain game development become more apparent, players can now collaborate.

How is the Blockchain Utilized in Gaming?

The blockchain is used to combat significant issues in conventional games. This game-changing technology is embedded in games as a proper payment method. The payment method lets players trade or sell in-game items on the marketplace. Blockchain has pros and cons, but it has become a boon for the gaming industry.

The technology is also used to provide users with ownership of assets. Before the development of blockchain technology, gamers would purchase in-game assets with the fear that they could be lost at any time. Now everyone can rest assured that their in-game purchases cannot be taken away. The players’ purchased assets can be used in multiple games. The blockchain also safeguards users against game hacks.

How are Blockchain-Based Games Different from Traditional Games?

Developers can produce and distribute more games for players to enjoy due to their unique environment. Due to traditional games’ centralized nature, players risk losing all of their hard-earned gains. In blockchain games, however, all game data is decentralized and stored on the blockchain indefinitely.

There are still many traditional video games, but blockchain gaming is beginning to surpass them. This is primarily due to the game’s “play to earn” feature, which enables players to earn in-game currency. Most gaming companies are developing games using blockchain; our company can assist you with P2E NFT game development.

The Role of NFTs

NFTs are leading the charge to transform the conventional gaming industry. The NFTs are non-fungible, which prevents us from exchanging them despite having numerous advantages and use cases across multiple industries. NFT developers incorporate these resources to create game characters, accessories, vehicles, land, and more. To give players ownership, intrinsic value, and indivisibility of in-game assets, all blockchain games have NFTs.

To draw users, NFTs are made to be intuitive and visually appealing. With the emergence of metaverse game development, the importance of NFTs is growing.

Benefits of Blockchain Gaming for Developers

Blockchain gaming provides several advantages to the game’s developers or firms. Let’s look at them one by one:

How are Players Able to Earn Money In Blockchain Gaming?

The following are methods by that players can earn money:

Players can profit from the game’s P2E mechanism and earn rewards. Players typically receive NFTs or tokens as a reward in video games, which they can use to upgrade their characters or trade for other items.

Players can earn substantial sums of money by competing in tournaments for blockchain-based games. To win such competitions, players must possess the highest level of skill.

Users with a robust skill set can make money by lending or selling NFTs from the game to other players. For players, lending NFTs can be a tremendous passive source of income.

4. Develop Character or Borrow One

Players can freely use other players’ characters in many new games. A portion of the prize money from the competition goes to the NFT owner. The borrower participates in the game and receives a part of the prize.

Although these are common ways to make money, players can also learn how to create games and instruct others on how to do the same. The idea of farming is quite intriguing because it allows players to profit from their possessions without having to sell them. The metaverse is the latest revolution, and you can work with a metaverse game development company to create your own game and make a lot of money.

Due to their numerous advantages over traditional games, blockchain games have exploded in popularity. Let’s examine several blockchain-based games that are currently popular in the ecosystem.

On August 8, 2021, Axie Infinity became the first Ethereum-based NFT game to reach $1 billion in sales. The game currently has over a million active players. This non-fungible token (NFT) game, created by the Vietnamese company Sky Mavis, is now the most popular. It is one of the games with the highest revenue on all blockchains.

With the option to collect light energy, which results in PVU tokens, the highly adaptable game Plant vs. Undead keeps you interested. Managing your in-game resources as NFTs can help you make money while playing Plant vs. Undead.

Gods Unchained is gaining popularity due to its engaging gameplay and earning opportunities. The players can trade valuable items with one another or sell them on the game’s market.

Pros and Cons of Blockchain Gaming

Blockchain gaming has both benefits and drawbacks:

1. Are Blockchain Games The Future?

Blockchain gaming is, without a question, the future of the gaming sector. The use of blockchain technology will eventually become more widespread as it develops.

2. How to invest in blockchain gaming?

There are many ways to invest in the blockchain gaming market through games. Even a thoroughly developed economy can be added to your game. If you require assistance developing a blockchain game, contact Suffescom Solutions Inc.

3. How do blockchain games make money?

There are many ways to make money online, including P2E games, competitions, and selling and lending NFTs. You can make money as the owner of a play by charging transaction fees for users who use your platform.