What Are the Top 6 Types of Disabilities? 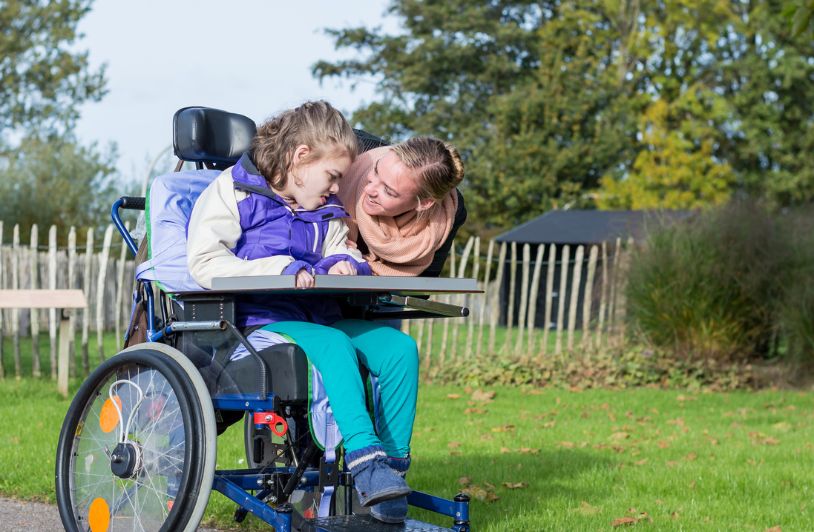 Because each person is different, a person diagnosed with a physical disability will experience the disability differently. No two people with the same physical disability will have the same level of impairments. For instance, a person suffering from a stroke may have limited mobility for a short period of time, but may recover with rehabilitation. Another example is someone with a fractured limb or joint replacement surgery.

Another example of a physical disability is arthritis. Arthritis is a common condition that causes inflammation and pain in the joints. It affects children and adults, and more than ten million people in the UK live with this condition. Another type of arthritis is osteoarthritis, which affects the smooth cartilage lining in the joints. People with this condition may have difficulty moving, and may even feel stiff and unable to move their joints.

Learning disabilities are caused by genetic or neurobiological factors and can affect a person’s ability to learn and put new knowledge to use. The most common disabilities involve difficulties with reading, writing, math, reasoning, and speaking. They can also affect a person’s social and personal relationships. While there is no cure for these disorders, there are accommodations and treatments available.

Learning disabilities are generally diagnosed during school years. However, some people do not receive evaluation until later in life. There is no single definition for this condition, and it can occur concurrently with other handicapping conditions. In addition, some people may have a learning difficulty due to emotional or physical disturbance, or due to environmental or cultural disadvantages.

Math learning disabilities can impact an individual’s ability to learn, organize, and memorize. They may also have trouble with time management and counting. Similarly, learning disabilities in writing can have a profound effect on the physical act of writing. While basic writing disorder refers to physical difficulty forming words, expressive writing disorder involves problems in organizing and expressing thoughts.

Learning disabilities are a complex condition and may require the use of special education or medication. Children with these disorders may also need psychological therapy, which can help them to learn.

Emotional disabilities are often associated with depression, difficulty in maintaining relationships, or other forms of difficulty dealing with stress. These conditions can result from a variety of causes, including childhood trauma and abuse. They can also be caused by mental disorders such as schizophrenia. Emotional disabilities are not a sign of weak character, and treatment plans should be tailored to the specific factors that affect each person’s unique emotional state.

These conditions are typically mild and non-severe. Emotional disturbances often affect cognitive, physical, and social skills, including behavior. Children with emotional disturbances tend to have more difficulty learning and making good choices. They may even have bizarre motor acts or exhibit distorted thinking. The causes of emotional disturbances vary, but many studies have linked them to various health conditions. Diet, family functioning, and brain disorders are among the contributing factors.

Emotional disorders are often difficult to diagnose. They are often difficult to differentiate from social maladjustment. Fortunately, many of these disorders can be treated. With the right treatment and a proper diagnosis, most people suffering from emotional disorders will experience relief from the symptoms. During the 2003-2004 school year, 484,000 children and youth received special education services.

Developmental disabilities can be caused by various medical conditions and can affect a child’s ability to function. They typically start during early childhood and can last throughout the rest of a person’s life. Parents may become concerned when they notice that their child isn’t meeting the expected milestones. For example, a child should be able to walk, feed themselves, and say several words by the time he or she is 18 months old. By five years old, the child should be able to read, write, and print letters and numbers.

Developmental disabilities are caused by defects in the brain or nervous system. They can also be caused by severe trauma to the head or spinal cord, a brain injury, or a severe seizure disorder. All of these conditions can cause a person to have difficulties in expressing themselves or learning. Generally, developmental disabilities are lifelong and need individual coordination and planning to help the individual function as fully as possible.

The child with multiple disabilities may need help with every aspect of their life, from eating and moving to using the toilet. Many adaptive technologies are used to help these children with multiple disabilities. Computerized talkers and tablets can assist the child with communication. Another effective technology is the use of a choice board, which allows the child to select an image.

Mental disabilities can affect one or more areas of an individual’s life. There are many different categories of mental illnesses, each with its own symptoms and treatment options. Some are physical, such as somatoform disorder, while others are mental. Psychological disorders, such as personality disorders, manifest themselves as deviant behavior and inner experiences. Other forms of mental illness include substance abuse and addiction, which affect social and cognitive functioning.

The Social Security Administration recognizes several different categories of mental disorders as qualifying for Social Security Disability benefits. In order to qualify for benefits, a person must have a physician’s diagnosis of the disorder. The disorder must have affected the individual’s ability to perform job requirements, and it must be expected to last for a long time.

Employers should be willing to make accommodations for people with disabilities. The accommodations must be reasonable and effective. Employers may also ask questions about the severity and type of struggles a person has, or request medical records. Such medical information, however, must be confidential. People with disabilities should make clear and specific descriptions about their disability, and focus on how the disability affects the tasks of their job.

Steps You should Take when Half of Your Tooth Breaks off