Top Freshwater Fish for Your Aquarium 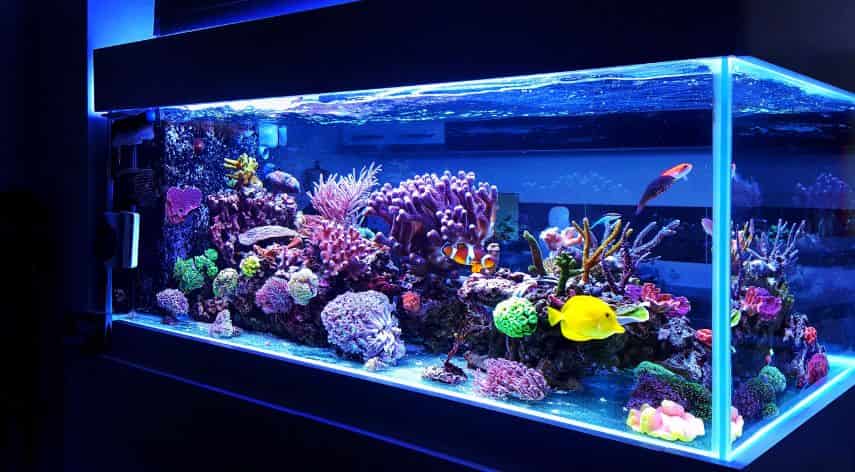 In other hand, keeping an aquarium in your home adds numerous benefits to your health, like reducing stress and lowering blood pressure. Freshwater tanks tend to be easier to care for than saltwater tanks, and its critters are more forgiving to mistakes made by new owners. Freshwater fish has its own beautiful selection of colourful and unique species.

Whether you’re a new or seasoned aquarium owner, it’s hard not to get hooked on your freshwater fish and their individual personalities. Let’s take a look at some top best freshwater fish for your aquarium.

guppies are also small freshwater fish which come in a wide variety of colorations. They’re hardy, peaceful, and easy to care for and breed. They are another fish species that makes perfect pets for beginners. They’re extremely easy to care for, but tend to breed with each other fast if the genders aren’t separated. They come in various colours, with males being more flamboyant than females.

Guppies can also adapt to various water conditions, and have lively personalities, which is what makes them so popular. It’s important to keep the water temperature consistent (around 50°F – 84°F (10-29°C)) so they can live happily in their tanks.  Each female will give live birth to up to 60 fries, and they’re quickly eaten up in a community tank if unsecured. To prevent this, keep only one sex of guppy. We recommend males, as they are more attractive.

Probably one of the most well-known freshwater species on this list, Tetras are the most popular freshwater fish for aquariums, and with good reason. They come in many colours—black, silver, gold, and neon hues. Just contrast the Congo tetra and the black skirt tetra.  Tetra do not grow very long, reaching only 2.2 cm in length. In addition to that, they’re also pretty easy to take care of.

They require relatively little space, with even a school of them being fine in a tank as small as 10 gallons. Throwing together several schools of different species of tetra is an easy way to liven up an aquarium without adding much to the difficulty of maintaining it. In addition to being easy to care for, they’re also particularly easy to breed. This makes them useful for learning the basics of breeding.

If you’ve ever known someone with a fish tank, you’ve probably seen a betta fish. One reason they’re so popular is their brightly coloured and majestic forms. They were bred to emphasize colour and finnage by Asian aquarists over 100 years ago. Today there are many varieties of betta with vibrant colours and patterns, including:

Betta Fish, also known as the Siamese fighting fish, is another popular freshwater choice for aquariums. They tend to come in a diverse array of beautiful colours, and are easy-going…for the most part.

Betta fish are known for their highly territorial and aggressive nature with other fish, particularly males. If your Betta fish is peaceful enough, they can be kept in a large tank with other fish species. Avoid placing them in tanks with similar-looking fish, like Guppies.

You should also place them in their own tanks, complete with substrate and plants.  Male bettas only fight other male bettas though, so females can be kept in groups. In fact, they do best in community tanks with other fish. They require relatively little care and live up to 5 years.

Without a doubt the Goldfish is the number one most popular pet fish. People have been keeping Goldfish since the 19th century and their popularity soared during the early 1900s. Over the years specialized breeding have given way to all sorts of different Goldfish breeds and colour forms.

Goldfish is a beautiful species that can grow up to 14 inches long in the wild. Some wild goldfish can live up to 25 years or even longer. In addition to the Common Goldfish, you can get a Comet Goldfish, Orinda, Fantail, and many more. A single tailed Goldfish needs at least a 50-gallon aquarium. Many of the double tailed fancy varieties need 75 gallons or more. Just remember they are temperate fish, so their maximum water temperature should not go above 72°F.

The Rainbow fish is a colourful group of freshwater fish consisting of more than 50 species originating in Australia, Madagascar, New Guinea and Sulawesi. This is another fewer common fish that’s easy to care for.

Their vibrant colours don’t exactly break in until they’re mature into adulthood. Still, it’s well worth the wait with the proper care and maintenance. These fish can be quite shy but are normally peaceful with other fish in their tanks. Rainbowfish get along well with barbs and tetras.

The Mollies are a freshwater fish indigenous to Mexico and Southern USA, are a hardy and easy to care for fish. Small and easy-going, Mollies are a great freshwater species that are easy to take care of. Mollies can grow around 3 to 4 inches long and are omnivorous, which means they can eat plants and other animals.

What’s cool about this freshwater critter is that they give birth to their babies, unlike other fish. Like Guppies, Mollies love to breed so if you don’t want lots of these beautiful fish in your tank, just keep one gender.

The freshwater Angelfish should not be confused with a marine Angelfish. A freshwater Angelfish is actually a type of South American cichlid. They have a diamond shaped body and long, trailing fins. Because of this they are often called the King of the Aquarium. Angelfish make a great introduction to the Cichlid family as they are much more passive than other cichlid species.

They also make good tank mates for other peaceful Cichlids such as the Discus and Dwarf Cichlid. Unlike most other fish, these fish take care of their young. Both parents raise the fry for up to 2 months after they hatch. If you are going to keep a freshwater Angelfish then you will need at least a 30-gallon tank.

There are still thousands of freshwater fish to choose from, including platies, sword tails, Zebra Danios, Barbs, Cory Cats and so much more. Freshwater fish can be as flamboyant and colourful ass saltwater fish. Most of the time, freshwater fish are tough, sturdy little critters that deserve our love and attention. If you’re a brand-new aquarium owner, be sure to regularly care for your fish and learn their personalities. With time, you will learn to love your cute and stunning freshwater fish!