Information of the cultivation of Kakoda in India 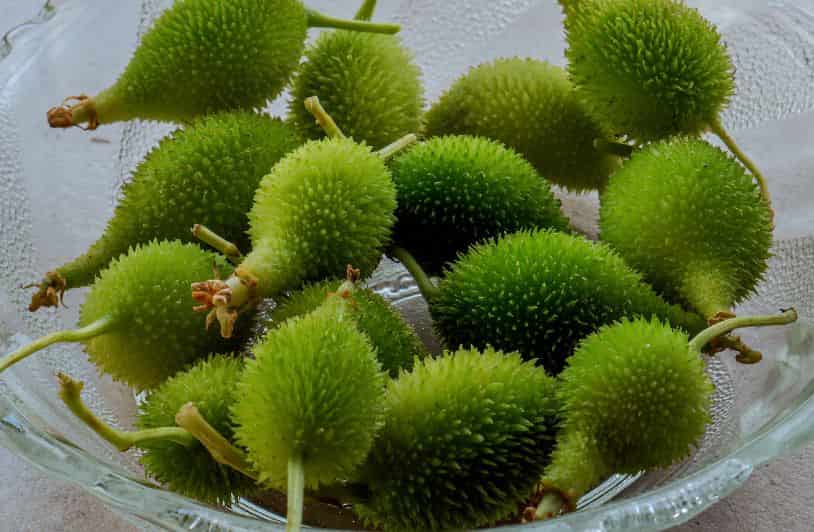 Kakoda is cultivated for vegetable crops. It is a pumpkin class crop grown in only a few states of India. In India, it is also known by Kantola, Kakora, Kakode, and Karkotki. It also develops on its own in certain kinds of wild places. The yield can be obtained from the female plant of Kakoda for about 8 to 10 years. Apart from eating its fruits as vegetables, it is also used for making pickles. Medicinally, its fruits are beneficial in cough, choleretic, phlegm, vata, anorexia and heart related diseases. Along with this, the problem of urination, blood flow during piles and fever also confirms to be more beneficial.

It is more delicious in taste and nutrient-rich vegetables due to its excellent market price. It is also a suitable means of earning for the farmer brothers, due to which the cultivation of Kakoda is also called profitable farming.

With the knowledge of land and climate, the temperature in the cultivation of Kakoda, the farmer brothers will be able to earn profit by doing good farming, which has been explained here:-

No particular type of land is required for the cultivation of Kantola. But plants develop well in sandy soil including organic matter. Do not cultivate Kantola in the waterlogged ground at all. The P.H of the land in its cultivation should be 6 and 7.

Cultivation of Kakoda can be done quickly in hot and mild climates. Rain is needed. The temperature of 20 to 30 degrees is appropriate for its plants. Moreover, for its cultivation, Massey 1035 tractor model is appropriate and works with efficiency.

First, the old crop residues in the domain are entirely destroyed by ploughing the field. Then, the destroyed residue is removed from the area and cleaned. After that, leave the water in the field. Then the water dries up, make the field’s soil friable by ploughing two to three diagonally. After this, the area is levelled by applying a pat. Finally, pits are prepared for planting seedlings in flat fields.

To get more production from Kakoda’s field, it is necessary to give chemical fertilizers suitable amounts of natural manure. Therefore, after the first ploughing of the area, 200 to 250 quintals of decomposed cow dung must be mixed in the soil at the rate per hectare. After this, 375 kg of SSP, 65 kg of urea and 67 kg of MOP have to be sprayed per hectare at the time of final tillage.

Kakoda seeds are planted in the form of seedlings in the field. For this, prepare the roots in the nursery. Then, plants designed in a greenhouse are planted in pits. For this, cavities are ready in the field, and these pits are made in rows at a distance of 2 meters. Keep a distance of 4 meters between the rows, and 9 to 10 pits are made in each row. Female plants are planted in 7 to 8 pits, and male plants are produced in the rest. After transplanting, cover the plants appropriately with soil from all sides. Transplant the seeds of Kakoda in June and July.

Kakoda plants do not require much irrigation. And first irrigation is done after transplanting. After that, give water only when needed during the rainy season, and remove it when there is excess water in the field. Waterlogging causes more damage to the crop of the area. There is no need for weed control in the Kakoda crop. Its crop requires only two to three hoeing. Also, for irrigation and weed controlling purposes implements are used and for handling implements effortlessly, Eicher 380 tractor model is best. As it comes with a valuable price range.

Harvesting of Kakoda crops is done according to the commercial purpose and quality. The first harvesting of Kokoda as a vegetable can be done after two to three months. You get a crop of fresh, healthy and small-sized cucumbers during this time. The demand for good quality Kakoda is very high in the markets. The market price of Kakoda can be Rs.150 or more, depending on the quality. Accordingly, the farmer earns a good income from the one-time crop of Bhai Kakoda.

Stay with us for more informative blogs.